Big Hotels are stuck in the past. They are vast bureaucracies that deliver large amounts of what we don’t want (gym, spa, mini bar) and struggle to provide us what we do want when we’re travelling (wireless internet, the will to live).

A block of apartments near the Pan Pacific in Xiamen, China

I grew up in a business traveller’s city (Singapore) in the golden era of the business traveller (the 80s). As an adult I’ve rarely chosen to spend my own hard-earned on them, but the chain hotel still occupied a kind of heavenly place in my mind, and I would look enviously at those folk who could afford to stay in them.

The chain hotel flourished in the shrinking world of the 1980s, when the cost of international air travel fell within the orbit of growing multinational companies. The companies would send their hard-working men (mostly men) away to far-flung places to win work or find suppliers, and usually these men wanted nothing more than to be back at home. The hotels couldn’t replicate home, so they didn’t even try – at great expense, they provided a kind of Willy Wonka’s Chocolate Factory for adults – all the things he couldn’t have or wasn’t allowed at home: an array of tiny bottles of top-shelf liquor, a fully equipped gym, heated swimming pool, buffet breakfast, endless pornography… They promoted their brands as luxury items. Like expensive watches and German-built cars, they alone could make you feel good about yourself. If you stayed at the Sheraton, or the Hilton, or the Intercontinental, you’d made it. Every little added comfort was at extra cost, but these men weren’t paying, so they didn’t care. They drank in the self-worth without any of the cost, and the companies shelled out to keep them happy. 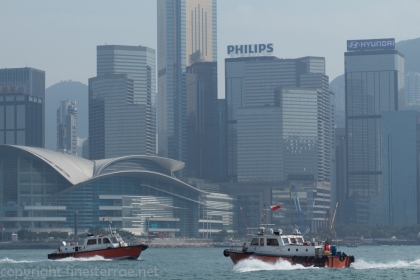 Hong Kong from the Star Ferry to Tsim Sha Tsui

Today we’re into the second decade of the 21st century and the 80s are a distant memory. The 5-star hotel chains still advertise in patronising soft-focus black-and-white in the Economist magazine, and their neon still lights the skylines of global cities. But stay in one today and it’s impossible not to get the feeling that they’ve been left behind by the rest of the world. Drop your bags on the bench and look around the room and it’s not the mini bar you’re interested in, or the quality of the complimentary stationery – you’re looking for a power point to charge your phone and a wireless network to check your emails. And 100+ room hotels that have been around for decades are uniformly woeful at providing either of those. Where are all the power points? Did people not need electricity in the 80s? Worse still, many of them take pleasure in charging premium daily rates for an internet connection far less reliable than your own $50-a-month plan at home. You open the fridge to survey the mini bar and speculate that there’s nothing in there that can’t be bought at the 7-11 across the road for literally a fraction of the price. You pick up the glossy hotel pamphlet and see the smiling faces on gym machines (you know the gym will be dark and airless), the 24-hour room service menu (how often do you need a ham sandwich at 3am?), and the list of pay-per-view blockbusters on offer (you’ve already got all the new movies you want loaded onto your laptop or iPad). The ubiquitous telephone is still there too, stalking you next to your head at night. But it’s only for emergencies – if the hotel is doing everything right, you won’t have a single use for it.
In fact, the only truly modern things that seem to work well in these hotels are the electronic card locks. But they’re not there for you, they’re there so reception can lock you out after 12 noon with the push of a button. 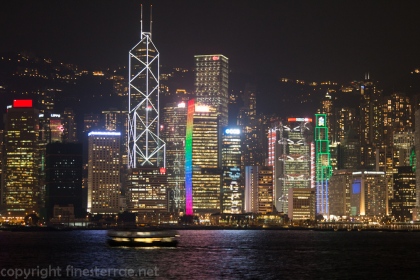 Placed alongside boutique hotels and Airbnb-style private rentals, the chain hotels, regardless of how many stars they think they are, leave travellers feeling cold and unsatisfied. The guests are herded like cattle and stacked like battery hens, the reception desks are staffed with overworked smiles, the pools attended by bored gentlemen with sullen faces and your complimentary cocktail is served by a costumed kid who doesn’t even drink. All you really want from them is a clean comfy room, a decent Skype connection, and someone who can tell you where a good restaurant is, and the small hotels and private-leased apartments do a far better job of that. With companies still sending their people enmasse to stay at these dinosaur chain hotels, these days it’s the businessmen who are envious of the rest of us.